This is the first of my two Secret Arneson Exchange Gifts. You can find the second one here.

I was asked for: "I d love for someone to write me some cool horrific scene. Though more the subtle and disturbing horror (think Ringu) than simply gore."

And I thought, cool! I also thought, why just write a scene? Why not give everyone some tips and tricks on how to build tension and scare the shit out of players?

There seem to be several methods of scaring, that I have read about and used throughout my career as a DM. I will try to describe 3 of them. Each will be illustrated with an in-game example, or a scene.

This is a very simple and useful technique and is often used in movies. It's based on gradually introducing plot elements that raise the level of fear and tension in players.

One example of such method of building levels of fear would be locking the players in an dark chamber/house/mansion/dungeon. In the middle there is a single burning candle with a letter/note which reads:

"When the candle burns out you're all gonna die".

This is a sort of a fear perpetum mobile. At first the players will feel safe and explore the possibilities open to them, but as the candle gradually burns down their efforts will become more hectic and chaotic.

When the DM decides the level of fear is high enough, he can use the Point Technique by introducing a sudden event that will instantly and unexpectedly bring the fear level to the maximum. Ex (assuming the players are in a chamber):

DM: "Suddenly, the door's open. A gust of wind blows the candle out!... You are now in complete darkness."

Here's a more narration based implementation of the Level/Point method.

Layer one (mild, should spread over several hours): The players watch morning news and hear about strange and brutal murders happening in town. Later one of them reads a cover-story in some local newspaper on the same topic. They see flayers about a missing person, etc.

Layer two (more on point, but still vague and long): Players leave a bar where some drunk guy told them a story of a strange wolf that killed his friend many years ago. He seems to have seen it again a year ago in the mountains.

DM: " You are walking home and it's cold. You start to miss the warmth and cosines of the bar. Suddenly you, you feel a horrible smell... A smell of something... Animal... Inhuman....

Point (DM plays a cassette with a wolfs' howl): A howl comes from the ally you've just passed!

Please note: once you decide to introduce another layer and turn it up a notch, it's very difficult to keep up the tension. One method I recommend is using a second point. For example: After the players fight the werewolf or whatever it was in the previous illustration, the tension will naturally fall. Let the players feel victorious for a second, make them think it was the end. And than strike. In the above example, after the players defeated the monster, this should follow:

DM: "You are breathing heavily, looking from one to the other. You're alive, you won. it's all over... Suddenly you hear a howl, than another and another joining in... Whatever you killed, it wasn't alone!

If you really want to scare your players, it's important to learn to act well. And I don't mean acting out Torgo.

What I understand under the term, is using the words and voice together when narrating. It's not just about what you say, it's about how you say it.

Try to use your voice like an instrument, learn to use it's dynamics to your advantage. Whisper and make the players move closer to hear you and shout when something sudden happens. If you want to make the players feel the pressure speak fast and leave them little time to decide. Finally, use rhetorical questions and play with them.

For example, the players are escaping a horrible monster through some dungeon.

DM (fast): Suddenly the tunnel splits in two, right or left?
P1: Right!
P2: Left?
DM (rising his voice): The grunts behind your are getting louder! You turn back, and you can almost see the beast's shadow around the corner!
P1: Right!
P2: No, Left!
DM (shouting): It's there! It's right around the corner, you can see it's shadow and the outline of it's tentacled head!!!
P1 and P2: RIGHT! WE GO RIGHT!
DM (softly with an ominous smile): Are you sure?..

This is the method which is already present in the previous example. But really, this is just an augmentation of the two previous methods, since it doesn't work on it's own.

Even the most basic type of fear present in RPGs - the fear of dying, is not really role playing the PC's emotions, it's the player's fear losing the character. So why not go further and simply scare the players themselves? That's what breaking the 4th wall is all about.

Here is a real life example from the game of Cthulhu, that I DMed a few year ago.

The players were investigating a strange murder case in the Cracow of the 20's. We played at night, with candles. In game they just broke into some apartment. Inside there was a single candle burning. With a note. As they read the note (exactly as in point 1), I put all the candles in the room out. Except for one.

The atmosphere got really creepy and I started speaking in a hushed voice. The candle flickered as they went through the room looking for clues. When I felt they were about to do something to release the tension, I screamed that the door opened and blew out the last candle.

In the silence that followed, whispering, I started to describe the horrible stench they felt coming into the room. When one of them was about to speak, I suddenly reached across the table and touched his cheek, shouting that something just moved next to him!

It was a rampage, the guy got up throwing the chair back, shouting about how he tries to get out of the room, the other one followed and freaked out when I grabbed his arm.

After that one scene, they had to stop and smoke a couple of cigarettes. We finished the game that night. With all lights on. 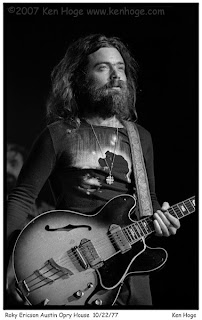