The Good, The Bad, The Goblin

I'm back in Polandland for the holidays so me and my buddies decided to put a game together (read: I run it, they run amok).


I decided there will be 3 'factions' in the dungeon I will run. Here's the scrapbook for stocking it. 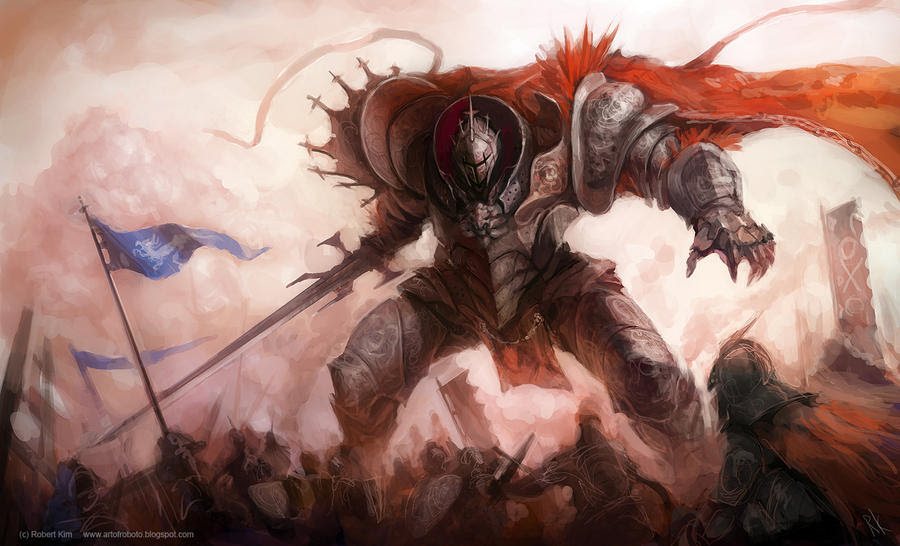 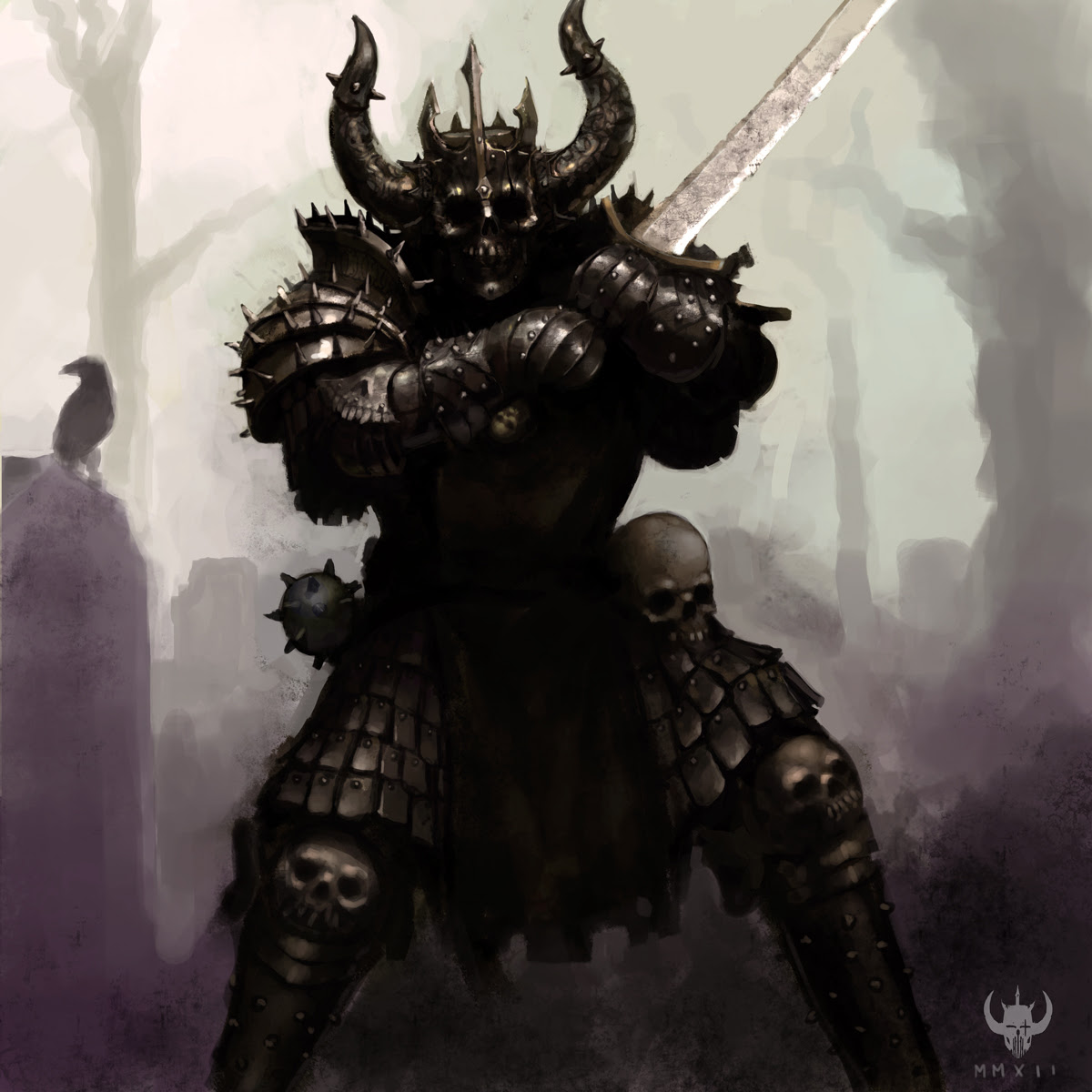 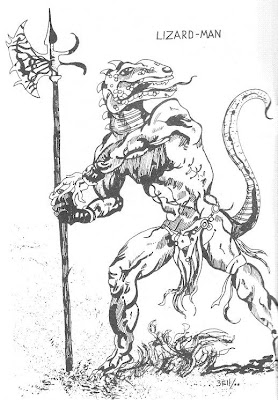 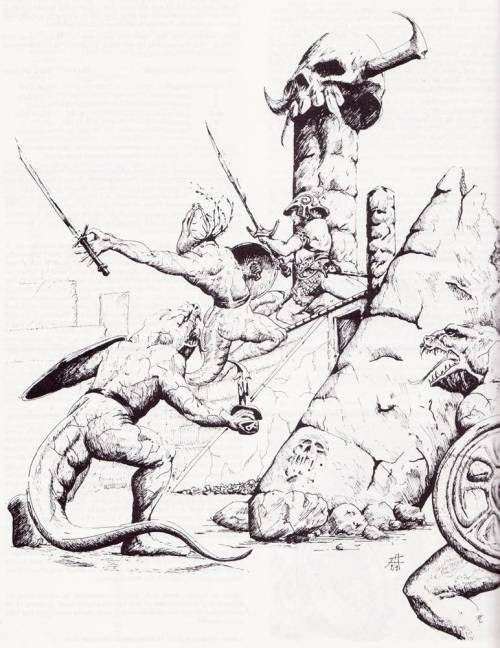 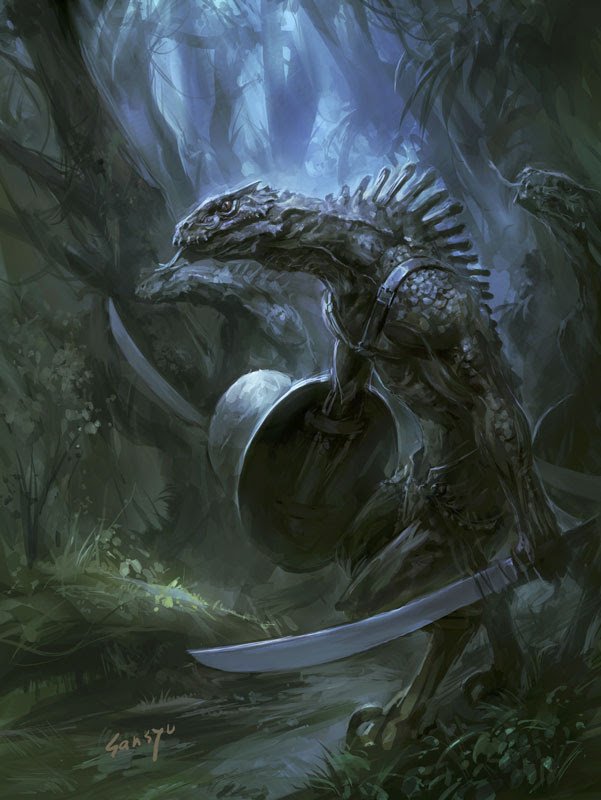 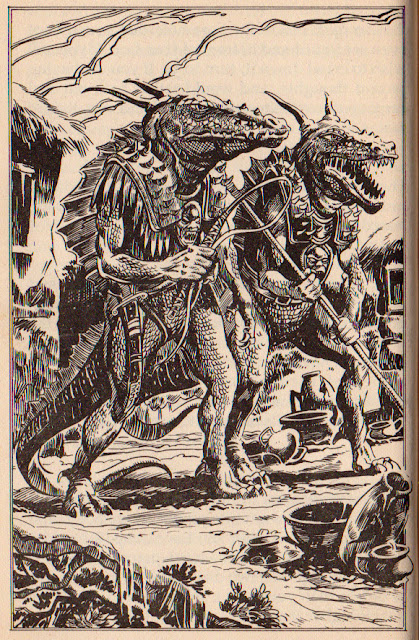 I have no idea, who drew the last image, but I love how he/she/it made the lizard men look like slavers from some empire, rather than cavemen!


I always really liked the art direction Magic: The Gathering took with portraying goblins, especially in earlier editions. They can be zany, scary, serious and simply stupid, but somehow there is a feeling of an overarching theme that makes them memorable. 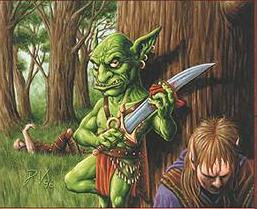 The first and last pic gave me an idea. Perhaps there are two kinds of goblins? The green 'long nosed goblins' are underground dwellers. They are generally smarter and more advanced. The 'tall goblins' are taller and have more of a greyish skin tone, they are the nomadic riders from the east.

Also, while looking for the links to the MtG images, I found a newer card called Goblin Battle Jester. I don't care about the artwork, but the idea of 'battle jesters' is here to stay.
Posted by squidman at 11:06 PM