Often in my gaming history have I came across players not caring about religion and gods of the setting, easily asserting their characters are atheist. I always found that disturbing, since it seemed to me that such players couldn't alienate from their own beliefs , or didn't care much about the setting/game/character.

In fact, when we look at the evolution of religions and human beliefs, the idea of atheism appeared relatively late and even then it was present only in philosophy. I think that we can safely assume that the popularization of the view that no god exist took place on the break of the 19th and 20th century.

Knowing that, I am very reluctant to allow people to claim their characters are atheist. I simply find it impossible that a down to earth fighting man or a thief would deny the existence of gods, especially since they are surrounded by clerics casting spells and other supernatural phenomena.

However I can imagine a philosopher or a high level wizard, who had contact with demons and other supernatural beings, claim that the gods have merely the same status as demons, or that they don't exist (or really being convinced of anything else). I can (and probably will at some point) make my players encounter a demon claiming that he is a god and making them believe that in serving him, they are filling the will of a deity. 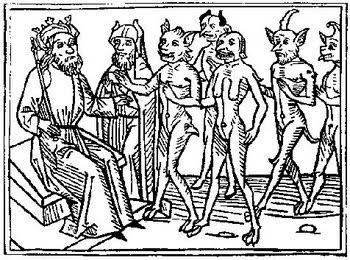 But even then I will make sure they won't easily share their views with other people, especially clerics, since openly sharing claims of the non existence of gods will meet at best with being called "mad" and in the worst case with imprisonment or court punishment (in a theocratic state for example).

Don't get me wrong, but I just feel that if someone wants to play an atheist character, he should have a good, interesting idea instead of being lazy.

... vaguely connected with the previous topic, I wanted to say that in my efforts to create an interesting pantheon of gods, that would fit my idea of gaming world, I have tried to seek inspiration in Deities & Demigods handbook (3e). Let me say: THIS BOOK IS THE WORST RPG HANDBOOK EVEEEEEEER!!! 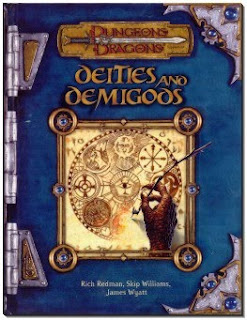 Seriously! I found no useful information about creating an interesting pantheon or about historical pantheons that have actually existed. It seems that the people who wrote that book were completely devoid of imagination or any creativity.

Moreover, what I did find is a table telling me how many spells per level (!WHAT THE FUCK!) a god can cast!

I'm sharing my outrage, because that handbook is an embodiment of everything that is bad in the gaming industry...

It seems to me that it has been written purely to steal money from people who are new to the hobby without giving them anything, literally ANYTHING (apart, maybe, from a 1 kilogram heavy, bound pack of paper) in return.

Long live OD&D Revival!
Posted by squidman at 1:37 AM