Some god, some history 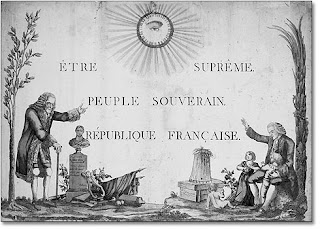 Today's dish is another "evil" deity.

I've already mentioned that in the history of my setting there was an Empire created by elves (or more accurately - the predecessors, whom from now on I shall just call the Elders). As you know from my previous entry on how my elves work, the Elders subjected themselves to a massive experiment/ritual, that was supposed to make them "ascend" into what they thought would be "godhood".

However the ritual proved to be a mistake which killed most of the race, deprived the Elders of their immortality (or more accurately agelessness) and changed them into hermaphroditic beings. This has led to a quick demise of the Elder (or simply Old) Empire.

Slaves, servants, previously overpowered allies and barbarians quickly took the opportunity rising from the initial chaos. In just a decade, ages of work have been destroyed.

However, most of what happened after the Fall wasn't simple pillaging. Many have died from protective wards, traps and weapons wielded by golems and undead guarding the estates of their now dead lords. Even though the oppressors were practically all dead (the "newborn" elves quickly abandoned the city fortresses and retreated into the forests), the powerful magic that was the foundation of their rule remained.

To this day, several hundreds of years after the fall of the empire, few dare to venture into the grim ruins of the Elder's cities, as even fewer are said to return.

But what led a powerful and seemingly immortal race to risk the existence of their entire kind and jeopardize their reign over the world?

Turesius, one of the prominent scholars, claims that the immediate cause for the demise of the empire was the appearance of a new cult devoted to The Supreme Being. In his works, Turesius observes, that even though little is known about the cult, it spread surprisingly quickly (which means some 300 to 400 years), overthrowing all other religions.

He also puts forward a hypothesis, that the seemingly immediate (in comparison to the Elders lifespan) overtaking of the state by the new religion was caused by decadence and boredom, which gave birth to many secret societies. Turesius presumes that the cult originated from those societies. 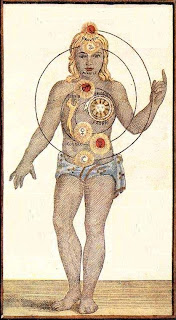 Little is known about this deity, as it is thought to no longer posses worshipers. The only fact known for certain is that it was a monotheistic religion calling to overthrow all "false gods".

It is also known that by the Fall, The Supreme Being was worshiped as a state deity of the Empire and the last Emperor held the title of the cult leader - Overlord.

Apart of that it is unknown how the religion was organized or even if it had any priests or temples, as almost all images and places of cult were destroyed immediately after the fall.

Turesius of Kal'thar, the acclaimed famous wizard and scholar claims that the religion's main dogma was based on introducing reason and claiming that all beings are imperfect images of the deity. He is also known to have deciphered part of the lore of the cult which claims that it is possible for the living beings to ascend and seize control over other living beings, the text however doesn't specify how one can achieve that.


It is important to note, that present elves don't want to be associated with the Empire or it's religion, and refuse to talk about those matters with non elves, referring to them only as the Great Shame. Many scholars interested in the subject suspect that elves hold some knowledge of the cult, yet refuse to share it with anyone, calling the Supreme Being "a cult that should have never been".

PS. some of the links may at first glance seem not related, yet I promise you, they are. They're worth reading if you want to fully get what I was after.
Posted by squidman at 1:28 AM